Chapters is a coffee shop and bookstore in Newberg, Oregon, selling primarily coffee, tea, and new & used books. It is a local watering hole. It also gets seasonal traffic from George Fox University, wine country tourists, and people traveling to and from the Oregon coast. Chapters has been described as “Newberg’s living room.”

The Newbeg Downtown Coalition has made efforts to revitalize downtown Newberg by restoring its many historic buildings. In 2017 Chapters underwent rennovation to return the front of the building to something closer to the original 1891 facade.

I was hired to make signage for the building as well as consult on colors for the exterior and interior. Chapters had never hired anyone to create a logo or any sort of visual identity. With the new face lift on the building, this seemed like a good time for some comprehensive identity design.
We wanted to communicate clearly that Chapters has what their audience is looking for: coffee, tea, and books. We also wanted to indicate this is a comfortable space that is quintessentially Newberg, for the purpose of gaining repeat loyal customers.

The objective is to effectively communicate Chapters’ offerings at a glance with their visual identity (logo, signage, color, type, etc.), with particular emphasis on communicating this from the street for the purpose of drawing in more new customers.

The goals are to convey:

Because this project also had to fit with the goals of the Downtown Coalition and facade remodel, the logo and signage also need to:

The lettering needs to be thick and solid, giving a sense of permanence, security, comfort, warmth, strength, and substance. These are characteristics that make people feel safe and that Chapters is trustworthy.

In addition to the signs and logo themselves, I wanted to include several spot illustrations to be used in signage and in conjunction with the logo.

The logo also needs to be modular, capable of working with other visual elements, and at a range of sizes.

Because the facade was in process when this project was beginning, I had to start with the color palette.

The color palette for Chapters has five colors:

The palette for Chapters is based largely on existing architecture and interior fixtures, rooting it in the space. The orange is from the brick and the floor. (The brick was made in Newberg in the 1800s out of local clay.) The cream is from the walls and ceiling. The blue-gray is from the exterior brick wall (which was painted). The dark gray-blue is from the texture of the new brick facade. The brown has the same hue as much of the wood shelving, and is also very much a color of coffee and tea.

The brown, orange, and cream are very warm and inviting. They have obvious connections to the space and to what Chapters sells. These are the primary colors for the branding and logo. The blue-gray colors serve mainly as accents.

Brown and blue are both colors that evoke trust and stability. Darker and more muted tones tend to be seen as higher quality. All of this serves the Goals and Objectives.

We used the dark gray-blue on the exterior trim, the orange on the doors, the cream on the walls, and the cream, brown, and orange on some initial signs.

The facade was going to be finished before we would be able to complete the logo design process. During the remodel Chapters lost a lot of business. So when the facade was complete it was more important to tell passers-by what the business offered than it was to tell them the name.

With a color palette selected, I began designing three signs that read “COFFEE,” “TEA,” and “BOOKS.”

We decided against painting directly on the brick, as the business may change in the future, and the brick needed to cure for many months before it could be painted on.

I decided to try my hand at sign painting.
(Video below has no sound.)

The lettering needed to be very large and easy to read when passing by at 25 miles per hour. It aslo needed to be historically appropriate, so I did a lot of research into historic downtown Newberg signage, and based the lettering on trends that I saw. I also made sure the characteristics of the lettering fit with the Goals & Objectives, which I later applied to the logo.

The features of the logo concept each have a specific purpose to fulfill aspects of the Goals & Objectives.

Low contrast letterforms are easy to read at a distance. Legibility is certainly a high priority for any logo.

Low contrast letterforms can convey stability. With consistent widths and solid joins, the continuity of low contrast type can feel solid and safe. This contributes to the goal of communicating “substantial,” “comfortable,” and “home.”

Small serifs
Details convey quality. Having tiny serifs at the end of what would otherwise be sans serif letterforms adds a tiny, almost unnoticeable detail. Including such details lends an air of quality to the logo. When details are added, it communicates that care is taken in the little things.

Tight kerning
Tight kerning conveys closeness. Closeness equates to stability and coziness, and by extension the goals “comfortable,” and “home.”

Uplifted curving baseline
The letters in the Chapters logo flow and lift in an upward wave. This accomplishes three things:

The wavy baseline echoes elements of coffee, tea, and books. The wavy shape mimics the shape of steam from a hot drink or from turning pages of a book. These elements repeat in the spot illustrations I created that work in conjunction with the logo, unifying them.

The wavy baseline is warmer and more lively than a straight baseline. The wavy shape gives the logo visual movement, while the curves lend it an organic, living feeling. This is more inviting than a static baseline, contributing to the goal of evoking a comfortable mood.

On the sign, the wavy baseline defines the space around it. The wavy shape is logistically helpful because it gives a place for the spot illustration to sit, immediately below the last few letters. At the same time it allows the illustration to become unified with the lettering by giving the appearance that the letters are flowing upwards in response to the illustration.

Tilde-shaped crossbars and tie echo elements of coffee, tea, and books. The wavy shape mimics the shape of steam from a hot drink or from turning pages of a book, just like the baseline.

The wavy crossbars and tie convey quality. These shapes are another small detail evoking care, attention, and quality.

The wavy crossbars have ties to 19th century letters. This gives the logo a bit of historical flare, reinforcing the air of having deep roots in downtown.

Extended curved leg on R
The leg of the R conveys comfort. The curved leg on the R appears to support the S next to it. This reinforces the idea that Chapters is a third space, a home away from home. Furthermore, it has life and movement to it, which make it feel warmer and more inviting than a straighter, stiffer alternative. It communicates “comfortable,” and “home.”

The leg of the R echoes elements of coffee, tea, and books. The curved leg on the R, like the crossbars and tie, mimic steam and pages.

“Window” in C
The diamond shape in the C matches the diamond windows on the west wall of Chapters. It’s a nod to the architecture and the place, furthering the local tie. It’s also an added detail, which conveys quality.

Condensed letterforms
The condensed letters allow them to fit into a smaller, more square space. They also, along with the overall lettering style, evoke a style similar to many late 19th century book spines.

Optional details, lines, shadows
Lines above and below the letters are added to larger applications like signs, but eliminated for smaller applications of the logo. These details add to the “quality” component, while not detracting from the overall design whether present or absent.

There are three versions of the logo: the logo, the sign logo, and a logo mark.

The logo has the name on a horizontal wave, and is used by default.

The sign logo has an upward slanting wave. It is for use with accompanying illustrations, and is intended for promotions specific to either beverages or books.

The logo mark is the letter C, and is best for small sizes.

Each variation of the logo has multiple color options in the brand palette.

In addition to making a logo, I set up visual guidelines for the rest of the branding: signs, website, printed materials, etc. This incudes typography.

The fonts need to be easily read at a distance for the teas, pastries, and menu. They need to have the same qualities as the lettering in the logo so as to meet the same goals and objectives, and to coordinate with the logo.

Balford Base
Balford, by Ilham Herry, is for use at large sizes, with signs, and for headlines.

Zilla Slab
Zilla Slab, by Typotheque, is for use at text sizes, for menus, and for long form reading. 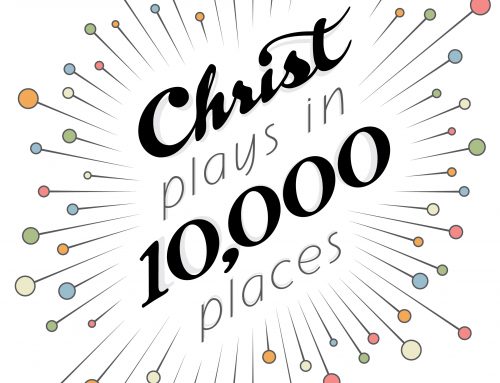 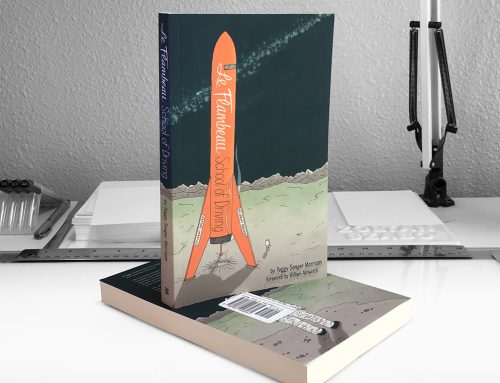 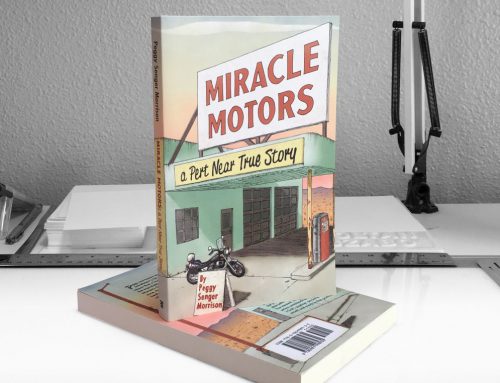