What Should the Letters Look Like?
(Proportion and Parameters)

Last week I did research for my Protest type design. This research, as well as the type design brief, informed the basic parameters for the type. This week I started actually drawing the letters to figure out shape and proportion.

This basically meant just drawing a bunch of letters and seeing how things looked. I know that I want a bolder, somewhat condensed type, and have ideas about specific forms from the research, but there is still a lot of room for specifics. Drawing the letters fleshes that out.

Drawing with a Sharpie® Magnum® marker, I tried out a bunch of different sizes. I thought I’d start by drawing things at the size I might do on an actual poster or sign. With the tool (the marker) setting some of the limitations of the stroke thickness, I quickly saw what these letters could or couldn’t be. 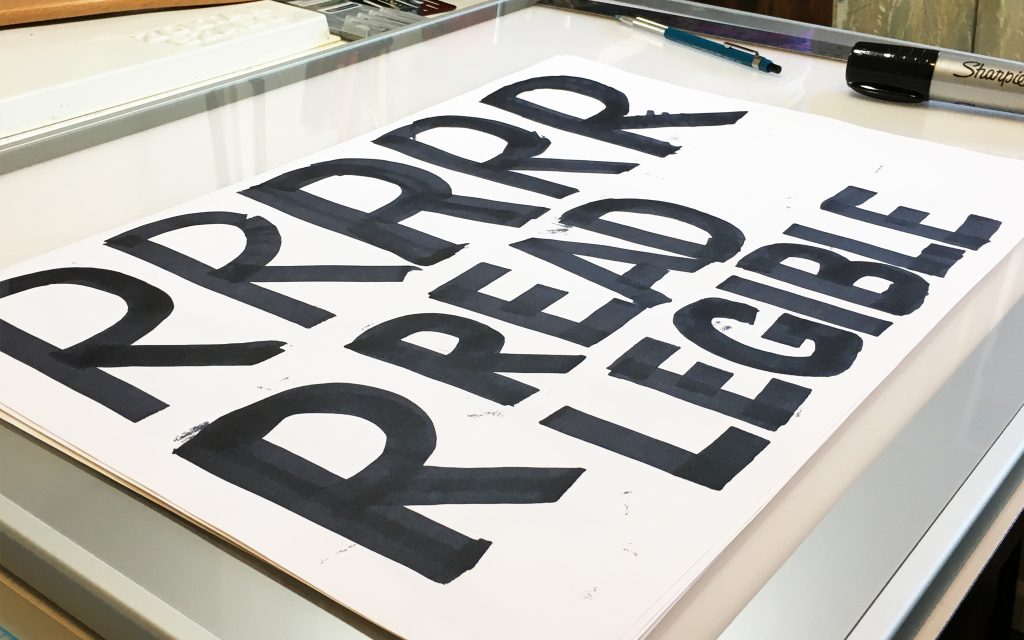 At a larger size the strokes look thinner. If I used multiple strokes to make the letters thicker, the letters suddenly took on a different character and tone. They just looked different.

I liked how the letters looked when drawn with a single marker-width stroke at (relatively) smaller sizes, as it made them thicker and bolder. This accomplished one of the goals of the brief as well. After fiddling around, I set a limit and drew some letters at three different sizes for comparison. Seeing them drawn out, I was immediately drawn to the proportions of the middle size. I started working on letters at that size, but I stopped when I had a thought.

One of the goals is legibility at a distance, so I took the letters outside and had someone hold them far away. I could read them, but I wanted to compare the stroke thcickness of the letters at the same size.

I put the pictures in Photoshop and blew up the smaller two sizes until they were the same height as the largest. Seeing them side by side, it was clear that the thickest strokes were the most legible. They were also far less condensed in proportion. 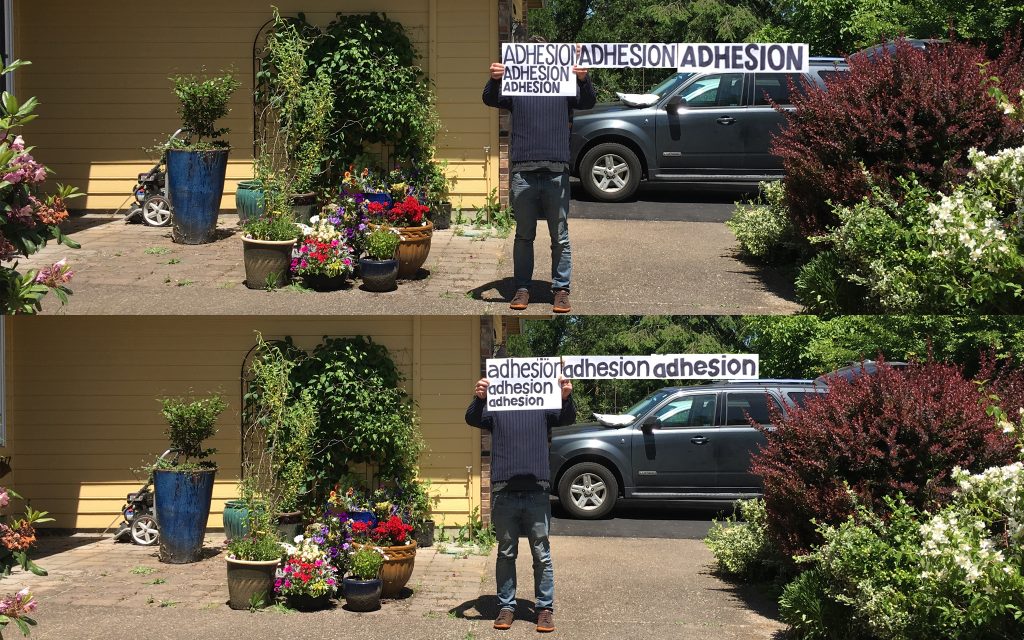 So working at the sallest size (for the heaviest stroke width), I tried making the letters more condensed, keeping in mind that I need to have decently sized counters and enough negative space to make them as legible as their more widely proportioned counterparts.

It’s given me a good idea of proportions. I now have a set size to work at for drawing the letters, as well as x-height and descender depth. 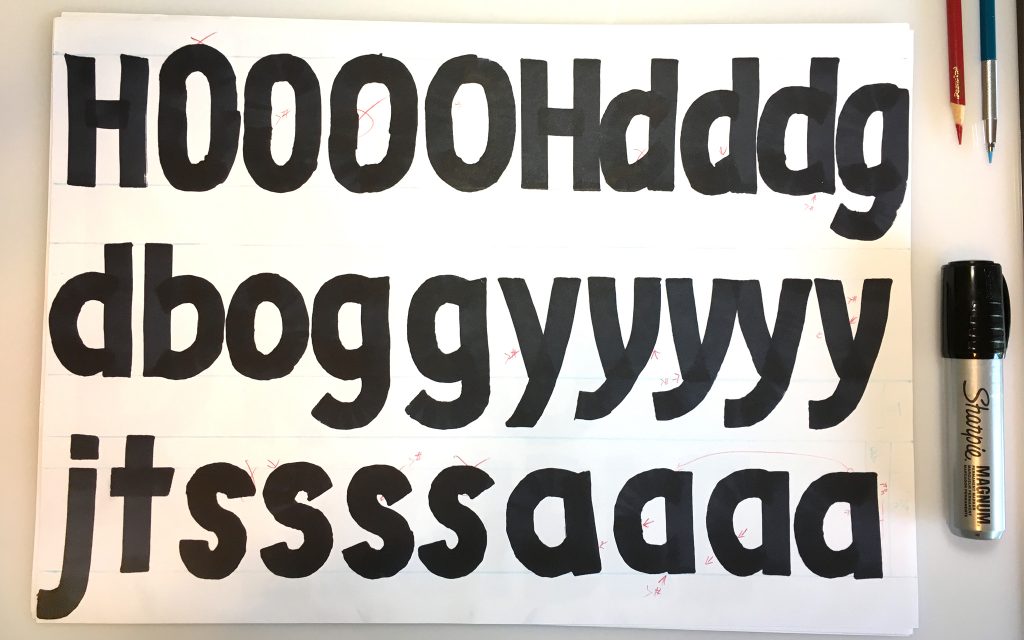 Now it’s just a matter of drawing letters over and over again until I have ones worth digitizing.

It may be worth noting here that this workflow is different than the workflow of many fonts. There are plenty of faces, text faces in particular, that can be built out of the strokes of a few select starter characters. If I get the abstract proportions and attributes of a few key glyphs down, then I can build the rest of the font in the computer without needing to do much more drawing.

But for a font like this based on hand drawn letters—and wishing to retain the hand drawn quality—I will need to draw all of the glyphs, then scan and digitize each of them.

That is the next step: building the whole alphabet on paper, and then I will document how I go about digitizing it.