I started by referencing the “y”, which I did earlier for the sake of the descender (which was not the wisest move, but what’s done is done). I looked at the counter space there, and referenced the counter space in the “n” to try to make the type color about the same. 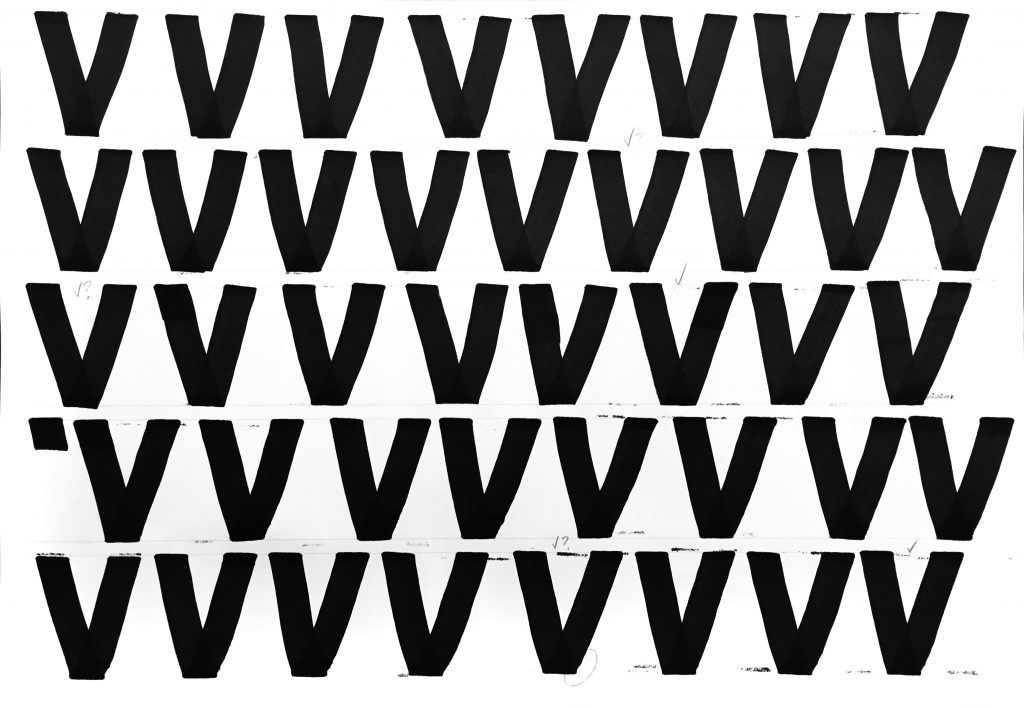 The “y” I drew by drawing two downstrokes, but this wasn’t working for the “v”. Either the crotch was too high, or the vertext too wide. Drawing the “v” as normal—a downstroke leading into an upstroke—worked much better.

I drew the lowercase “w” similarly to the “v”. The slope of the strokes I made a bit steeper to try to keep it more condensed. This meant that the crotches are higher and theres more areas of density at the joints. To keep the visual balance closer to the other letters I dropped the center apex down below the x-height. 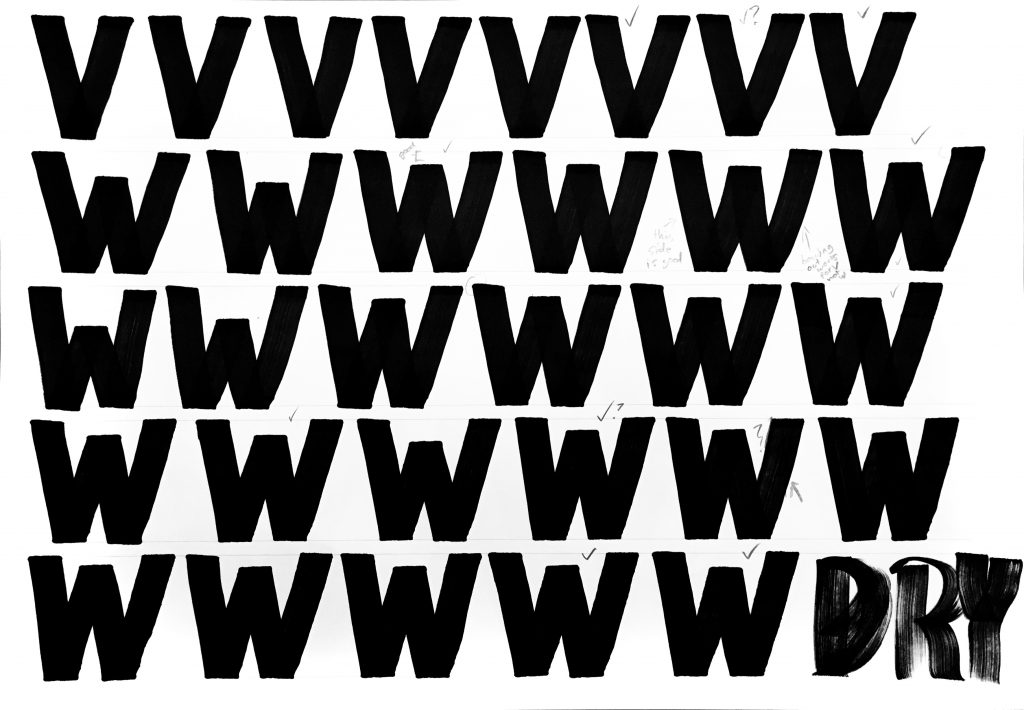 This was a little tricky. It was hard to get the balance of the top and bottom counters just right. 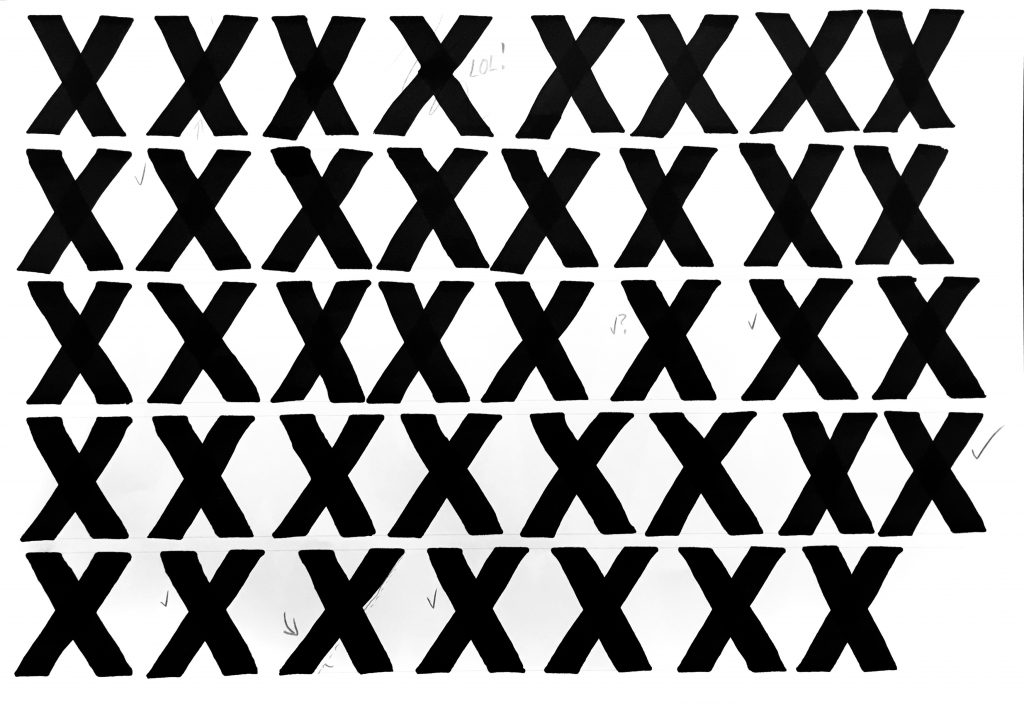 Also, I want the downward sloping stroke to be slightly thicker than the other stroke. To do this I rotated the pen as I moved down so that the full width of the marker nib was perpendicular to the stroke. Then I rotated it back to line up the terminal of the stroke parallel with the baseline. The other stroke ended up being thinner simply because the full width of the nib was not perpendicular to the stroke. (I just drew it diagonally.)

I was a bit surprized at how hard the “z” was to finagle. I suppose it shouldn’t be surprizing, as it’s not a letter I practice often. Just took a few tries to get it looking decent. 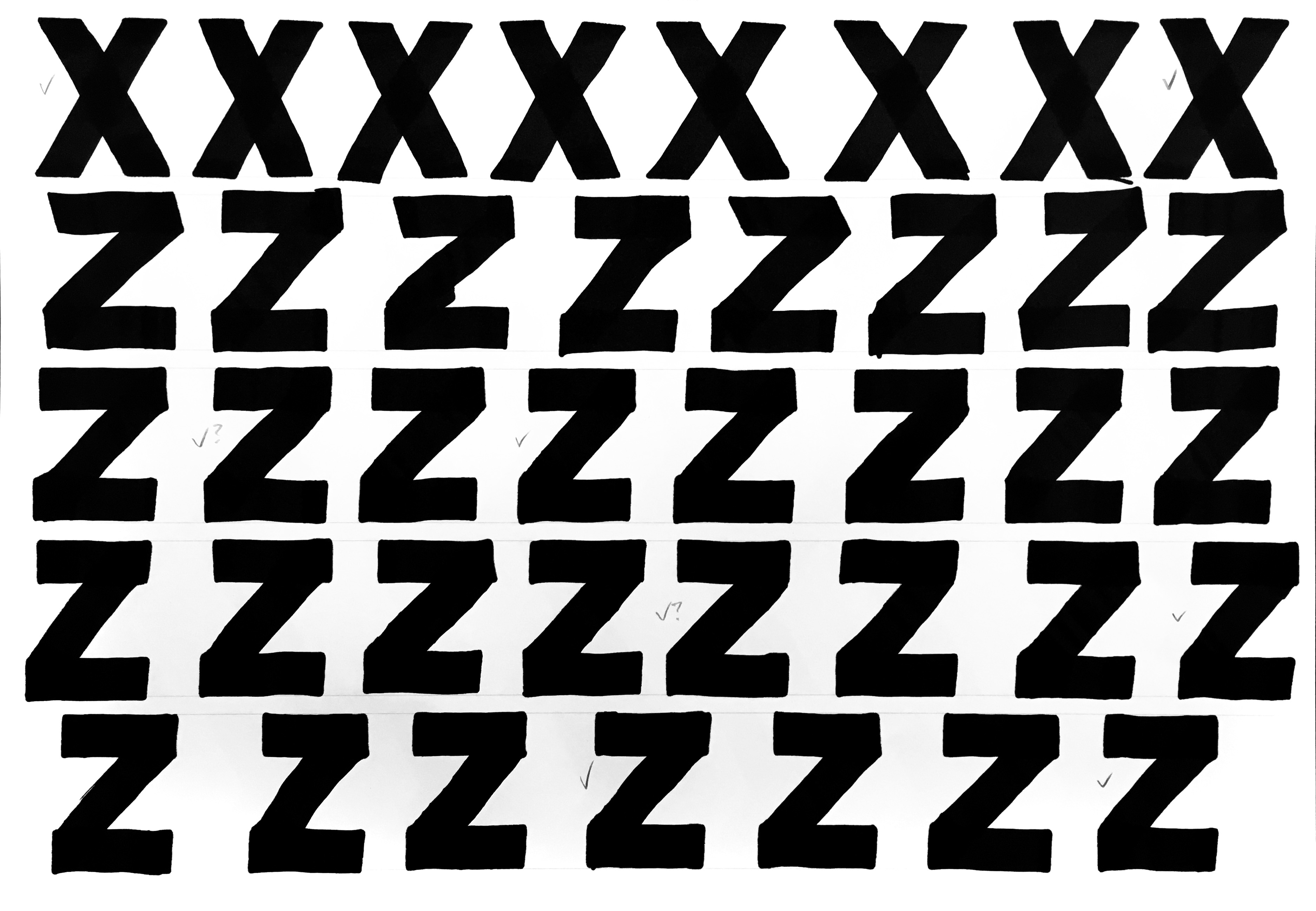 The “k” was pretty easy. The stem is the same as other letters with ascenders, having a diagonal at the top.

The top stroke of the chevron is straight, while the leg has a little bit of an outward curve to it. This curve anticipates the look of the uppercase “K”, which will have a more pronounced curve in the leg. 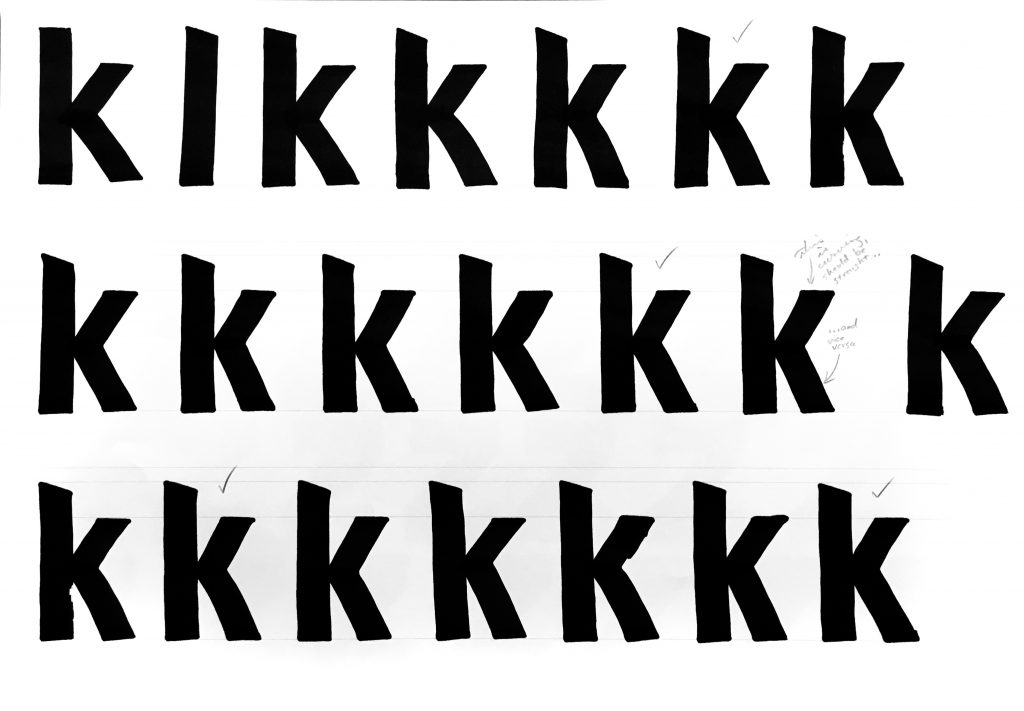 The joint in the leg is a bit higher than midway to the x-height, to give it visual balance. There has to be more space below for the upper section to sit on, especially since the ascender gives a bit more visual weight to the top half of the letter.

I’m almost finished with the lowercase! The only letter left is the tricky letter “s”. Then it’s on to the uppercase!