Last week I did “g” and “y” to get some descenders out of the way, and realized my flawed planning. This week, my plans worked out a bit better as I worked on “f”, “t”, “i”, and “j” (or cross strokes and tittles, which sounds a bit racy).

I got “t” out of the way first, as it seemed easiest. And it was. Because the form is easier to draw, I could spend a bit of time making sure my downstrokes were straight and my cross strokes has the proportions I wanted. (I decided to make them a little longer on the right.) 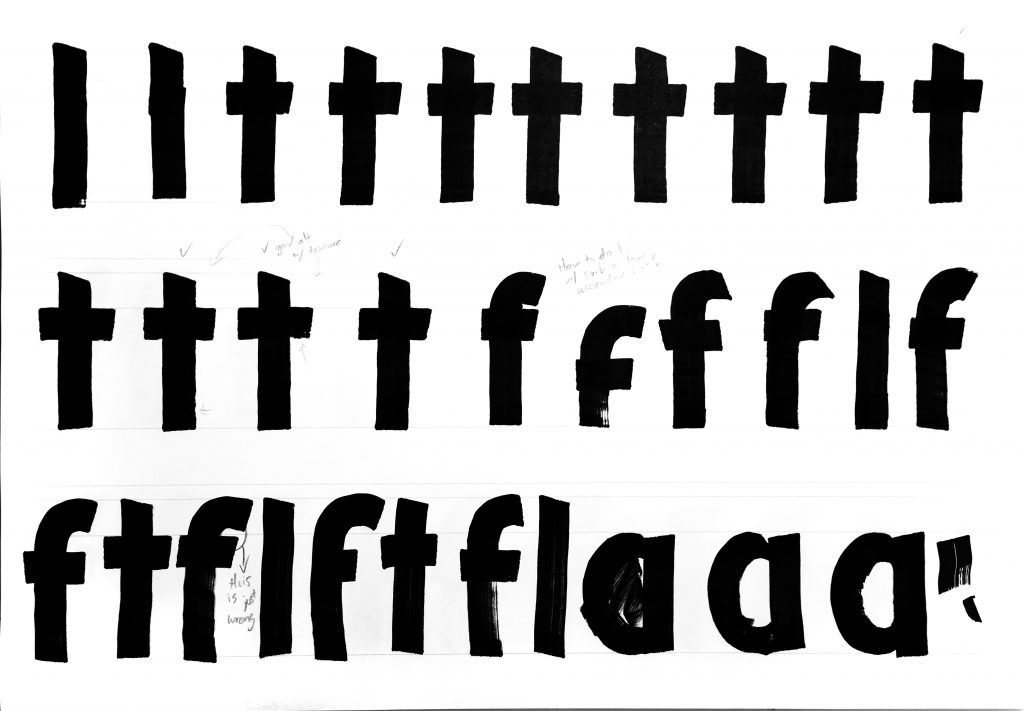 The “f” was up next, since it also had a cross stroke. However, this font has a very large x-height and a very low ascender line. So I had to consider where to place the cross stroke, since the upper curve on the “f” takes up most of the space above the x-height.

After looking at a few other typefaces with similar x-height and ascenders, I decided it was totally fine not to have the cross stroke be at the same position on both the “f” and “t”. I moved it down to leave a good proportion of space in between the arc and the cross stroke. 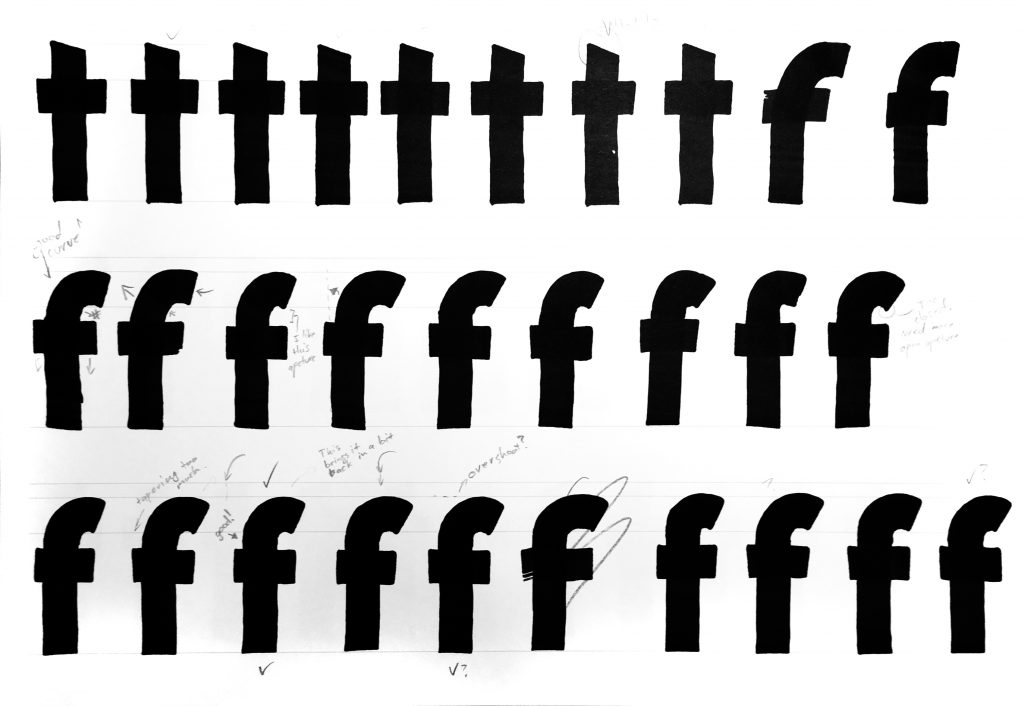 I also made sure the apeture between the arc and cross stroke was open, since this needs to be legible at a distance. I had to remember to keep it relatively condensed as well.

After beginning to draw the lowercase “i” I quickly realized I had another difficulty with there not being much space above the x-height. I had a decision to make about how to do the dot.

The constraint in space helped me make two decisions. First, I decided to do a round dot, rather than just a squarish stroke of the marker. Second, I decided to taper the top of the stem to give the dot a bit more room underneath.

When trying to figure out which direction to slant the diagonal, I thought of how often a serif “i” will have a triangular or wedge serif to the left of the stem. This gives the top of the stem a slant downward to the left. So that’s what I did for the “i” in this case. 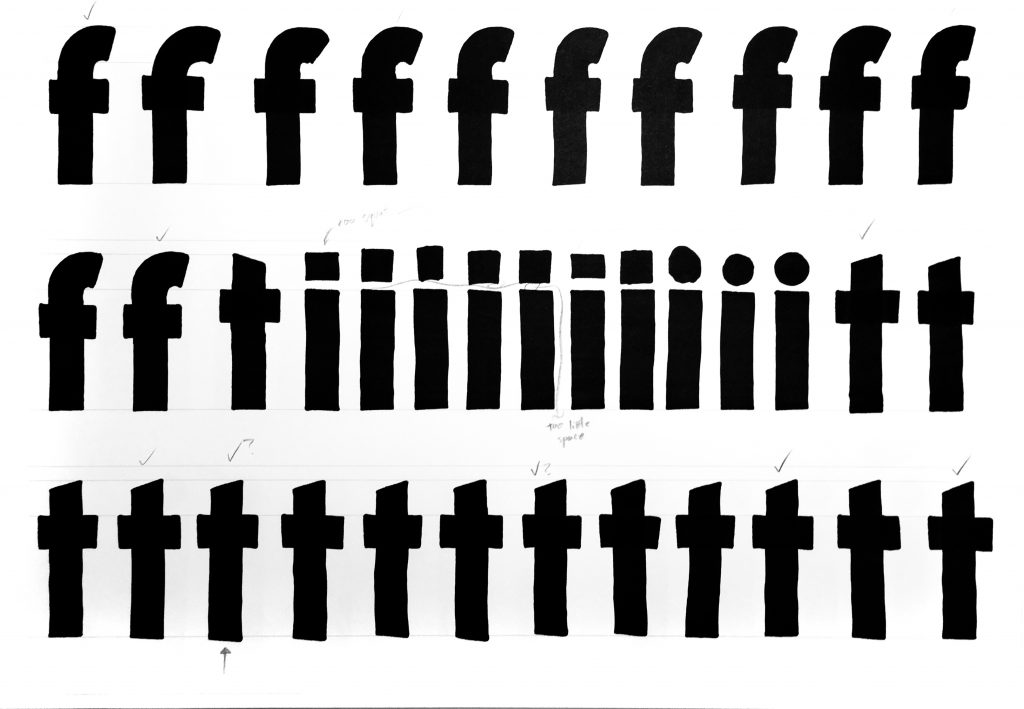 It was then that I realized I did not take the same pains in considering the top of the stem for my “t”. When I considered that, I realised that often a tapered “t” slants down to the left as well. I had drawn my “t” in reverse. Oops. Thankfully, they were quick to redraw.

The “j” referenced the “i” of course, from the baseline up. The descender was a mix of reference to the “y” and also the arc of the “f” I’d just done. However, it seemed a little to stiff and rigid, and perhaps a bit long. 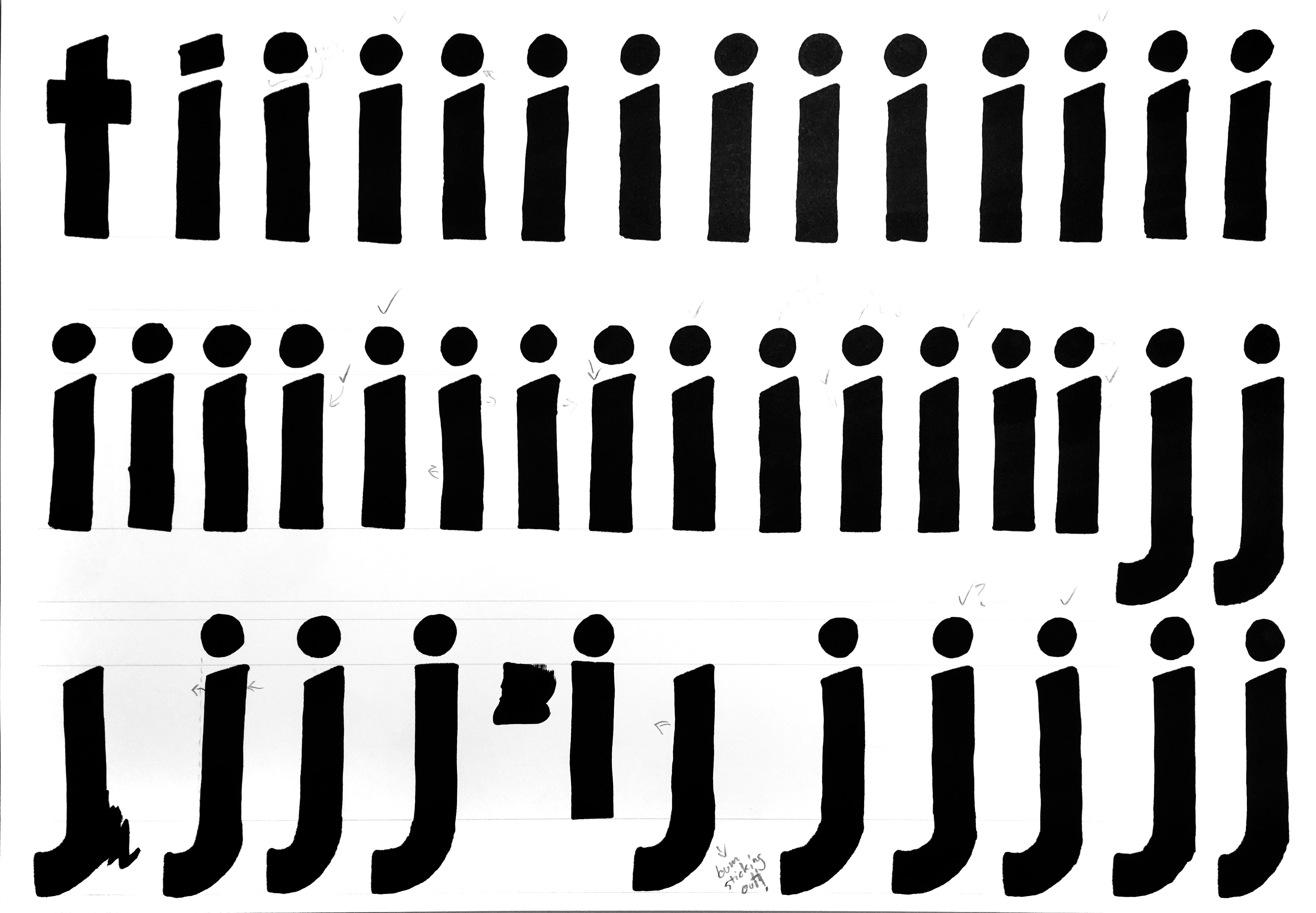 After adjusting the stem to lean to the left, it seemed much better. This is because leaning the top to the left puts the top a bit more over the descender, thereby shifting the center of gravity upward. Letting the “j” slouch a bit makes it seem less like it’s going to fall over. 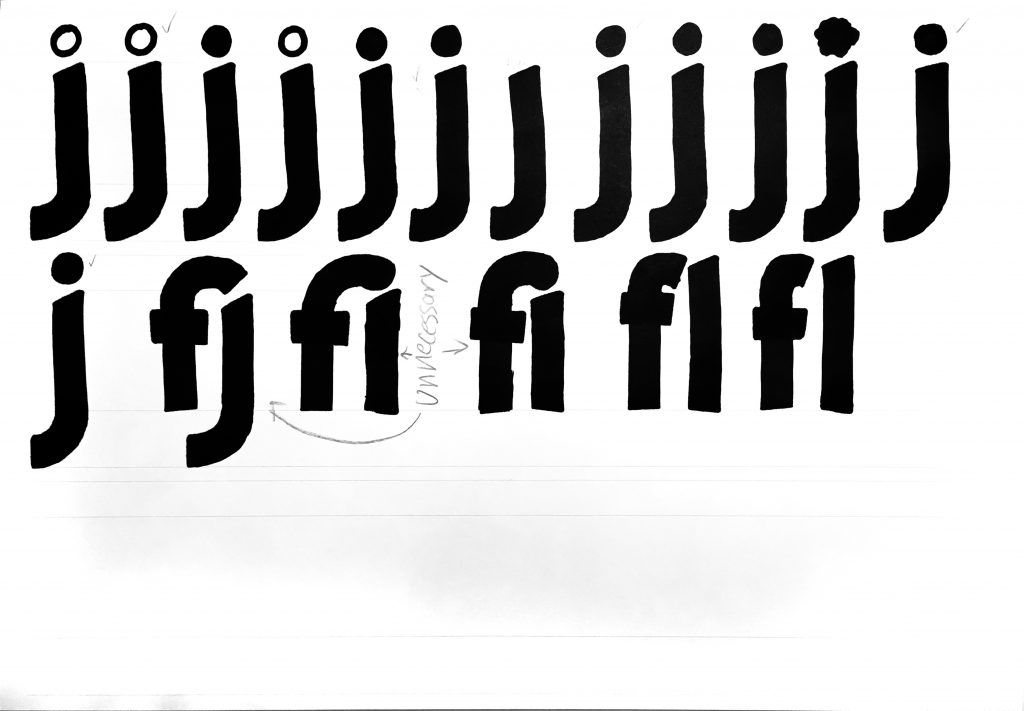 I also took a shot at some “f” ligatures, and quickly realized the letters were condensed enough that there was absolutely no reason to do this. It’s strained and contrived, so there won’t be any “f” ligatures for this font (which saves me a little bit of work).