This is the last in a three part series on how to talk about letterforms. Basically, it’s a glossary. This third part covers Categorization, the ways groups of glyphs are labeled by form and function. Part 1 deals with the Anatomy of Letterforms, what the pieces and parts are called. Part 2 is Process, the terms for the ways letters are made.

This is by no means exhaustive, but it’s a good working terminology for anyone creating with letters.
(It is my intent to add to this glossary over time, so that eventually it may be more comprehensive.)

The first part was alphabetized because there were so many terms. I’d like to eventually break up a comprehensive type glossary into more of a topical format, rather than simply alphabetical. This series is my first attempt at that. This part and part 2 are not alphabetized, but simply broken into topically related elements, which are small enough not to need alphabetizing to find anything quickly. This is all an experiment, so thanks for bearing with me.

Typeface—an artistic rendering or design of a set of glyphs. Used to be only one style, now usually refers to a type family.

Regular—also called roman in text types, the base style (most significantly in terms of weight and width) of a type family.

Weight—a gauge of the thickness of the strokes in a typeface.

Italic—a style of type based on chancery hand calligraphy developed in Italy. Initially used on its own (beginning around 1500), it was not used for emphasis in contrast to roman type on the same page until much later.

Oblique—type slanted to the right (different and distinct from italic).

Backslant—type slanted to the left.

Condensed—type that takes up less horizontal space than its regular counterpart. Condensed type is designed to keep stroke widths in proportion, whereas artificialy compressing the type causes the vertical strokes to become thinner, losing much of the character and grace of the original design.

Extended—type that takes up more horizontal space than its regular counterpart. Extended type is designed to keep stroke widths in proportion, whereas artificialy stretching the type causes the vertical strokes to become thicker, losing much of the character and grace of the original design.

Superfamily—also called a Type System, a collection of type families, often across different type classifications (like gothic and script) or consisting of an extensive range of type styles along multiple design axes. 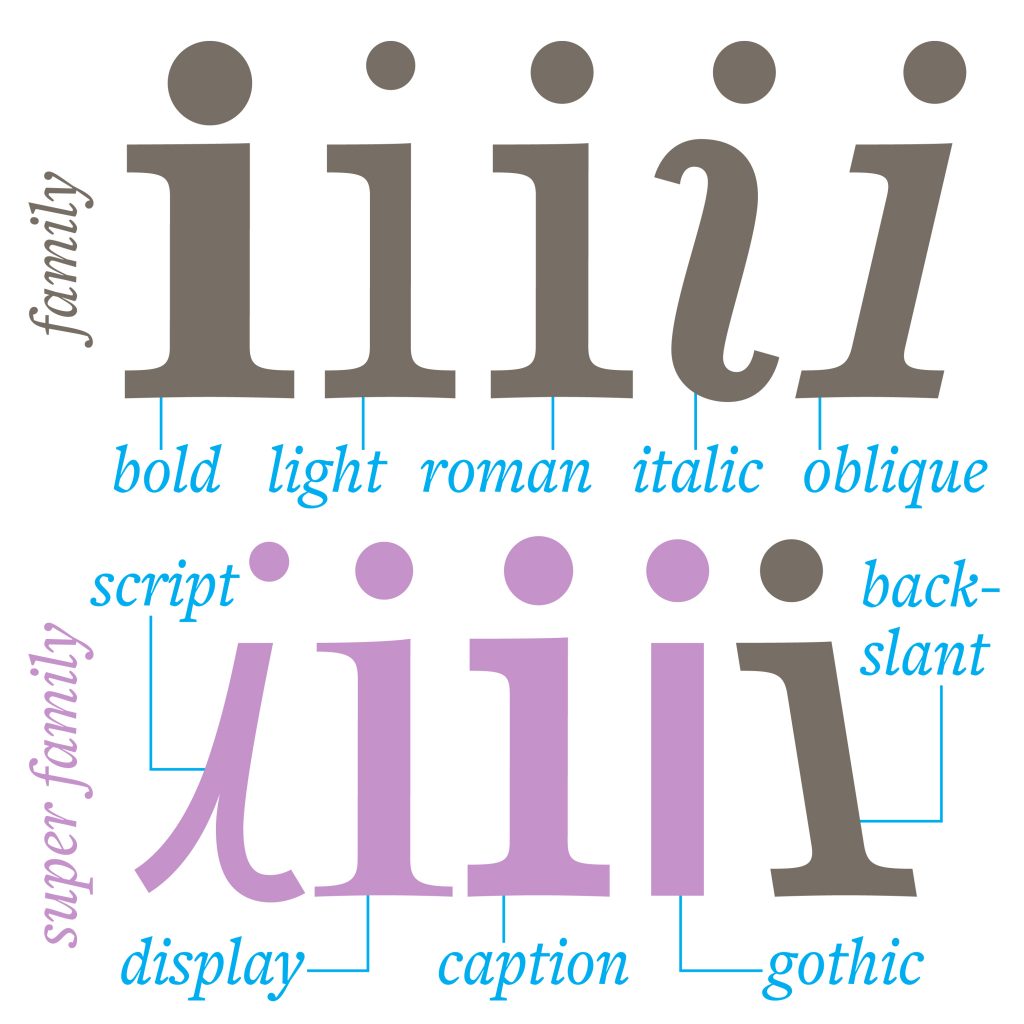 Design Axis (singular) or Axes [AKS-eez] (plural)—spectrum or continuum of type design along which a particular aspect of the type changes. The most common design axes are defined below.

Lining Figures—numbers that sit on the baseline and are about cap-height, meant to be set on their own or with uppercase letters. Also called Titling Figures.

Proportional Figures—numbers spaced to fit according to their shapes, the way letters are spaced. Lining and Text Figures can both be proportionally spaced.

Tabular Figures—also called Monospaced or Fixed Width Figures, numbers spaced equally in order to work in tables. Lining and Text Figures can both be tabular. 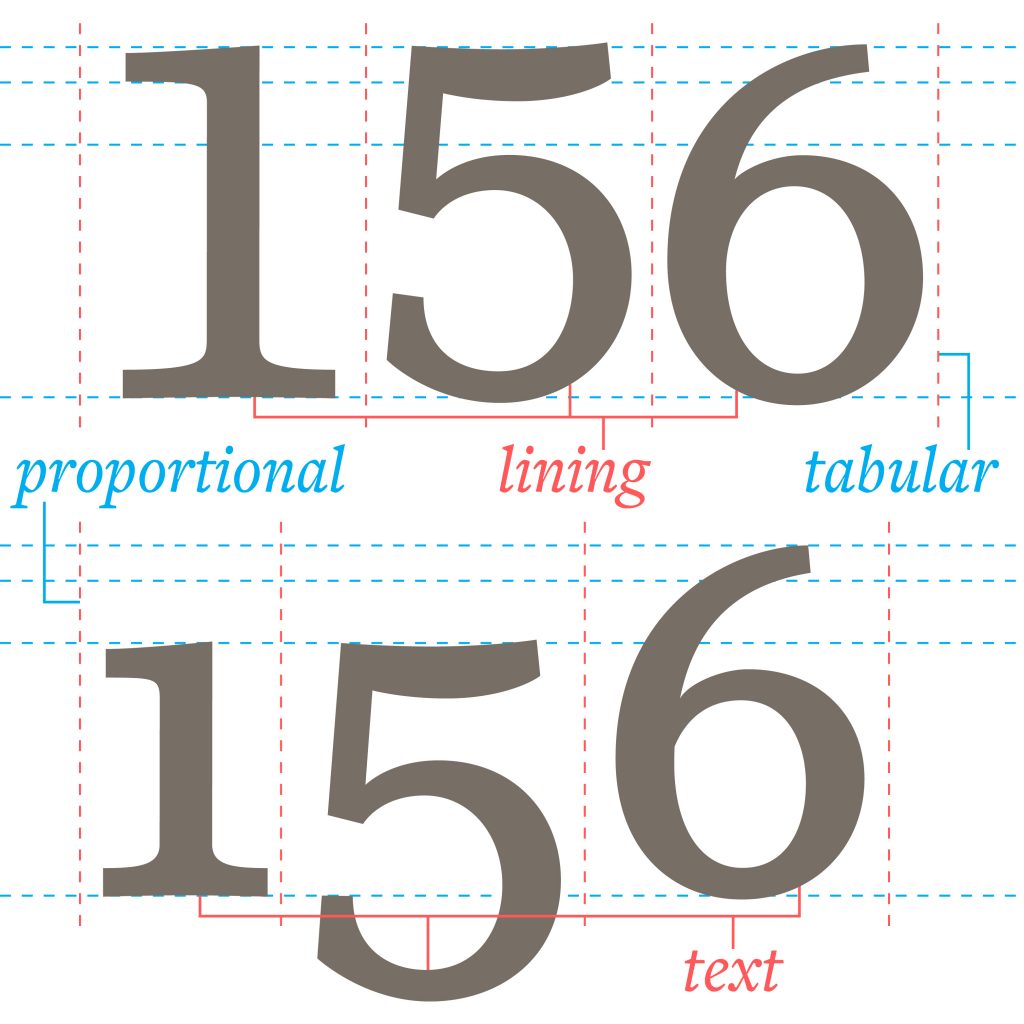 Classical—also known as Oldstyle, these types are characterized by triangular serifs, low stroke contrast, and an oblique (non-vertical) axis.