When I started this font I thought, “Hey! If I do a hand made font, then I can just scan in the letterforms. I won’t have to mess around as much with tweaking curves and node placement, because hand done work covers over a multitude of sins. Yay for me!”

With a typical typeface the process goes something like this:

With this process I can start with “n” and “o” and build “l, h, b, d, p, q” relatively easily. This is because for a clean, non-handmade typeface the pieces of a couple strategic glyphs can be used to make or inform the pieces of the rest.

This is not the case for a handmade typeface.

A face meant to look hand done has to have differentiation between glyphs, not repetition. Yes, there has to be rhythm and uniformity, but the glyphs can’t share verbatim repeated pieces, otherwise it exposes the hand made farce.

What this means for me is I can’t design a few pieces to build many glyphs. I have to actually hand draw the glyphs I want to see. Now, I can make tweaks in the forms after they’ve been digitized, but at a certain point this makes more work, not less.

Add to this the additional load of alternate glyphs, and it becomes pretty labor intensive. Alternate glyphs allow words or phrases with repeated letters to look more hand drawn by having multiple forms of the same character. This way the letters don’t look exactly the same, just like hand lettering.

Overlap in the process

Just because I have to hand draw the characters in a nearly complete form before digitizing, doesn’t mean I can’t use the process of “building” one glyph with the forms from another. I can still refer to weights, counter size, curvature, contrast, terminals, etc. when drawing the next letter in the sequence. This is what I did when drawing “l, h, d, b, p” and “q”. 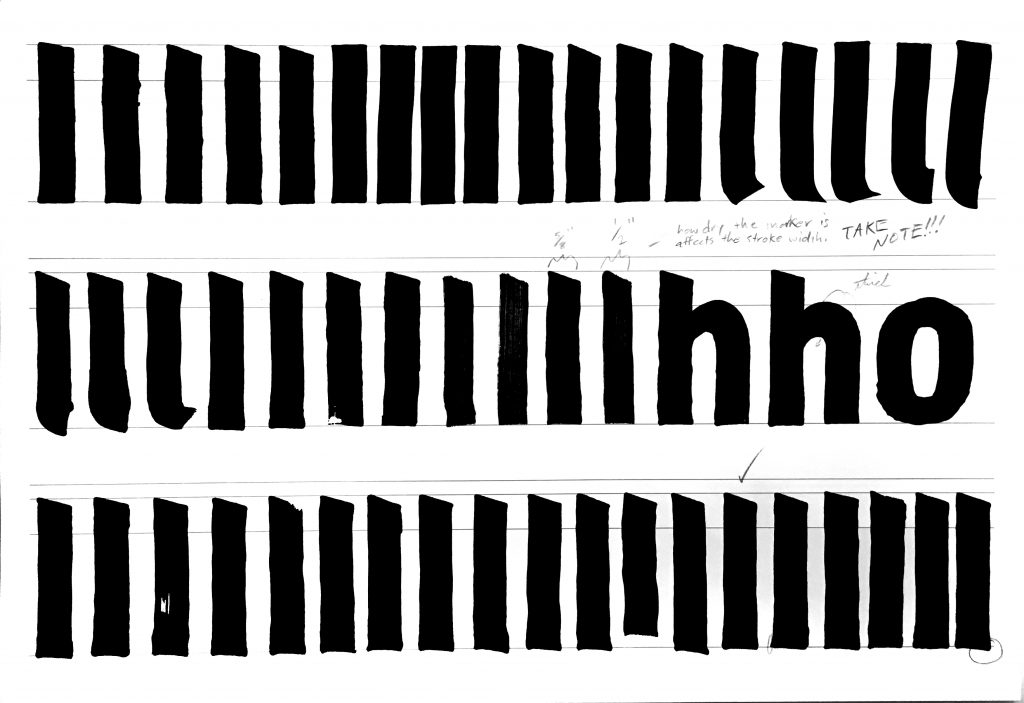 I draw the “l” and then used the top to inform other letters with ascenders. 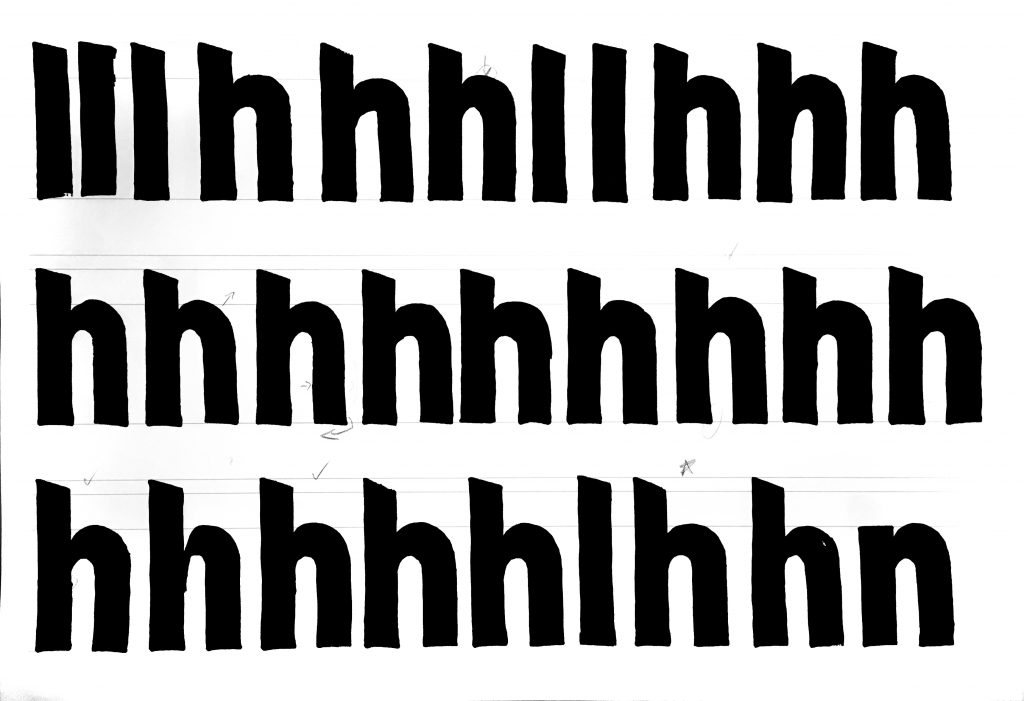 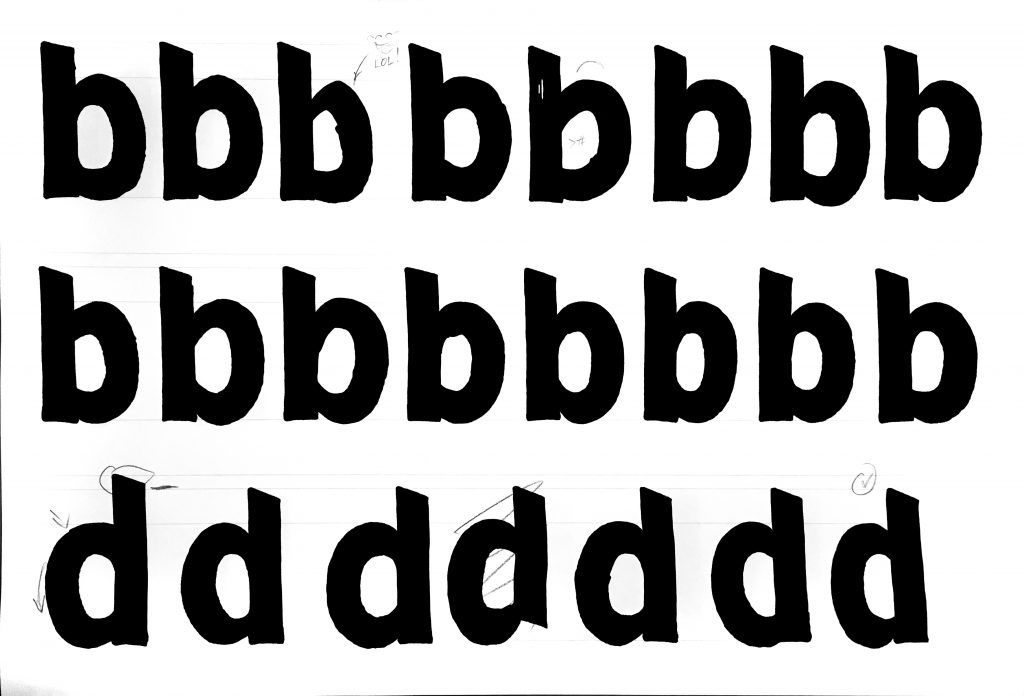 I drew the “b” as a sort of combination of “l” and “o”. Now, I know that “b” is written quite a bit differently than “o”, but I can let the counter of the “o” inform the space in the “b”. It won’t be the same shape, but the area of the negative space and rhythm from stroke to stroke should match the “o”. This will be the same as the “d”, “p” and “q”. 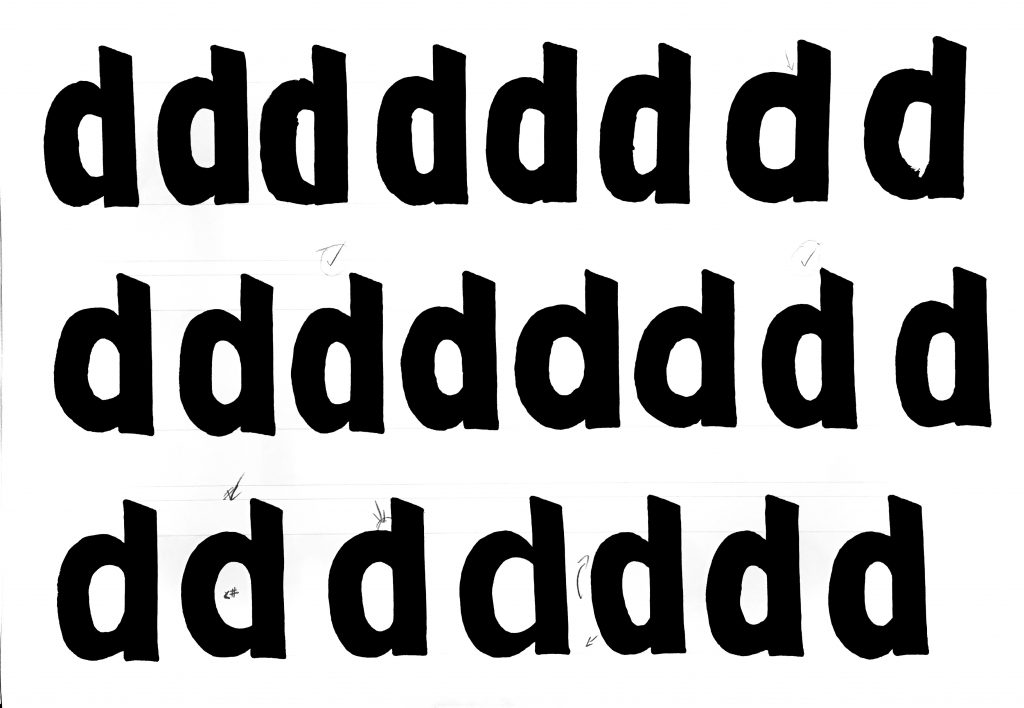 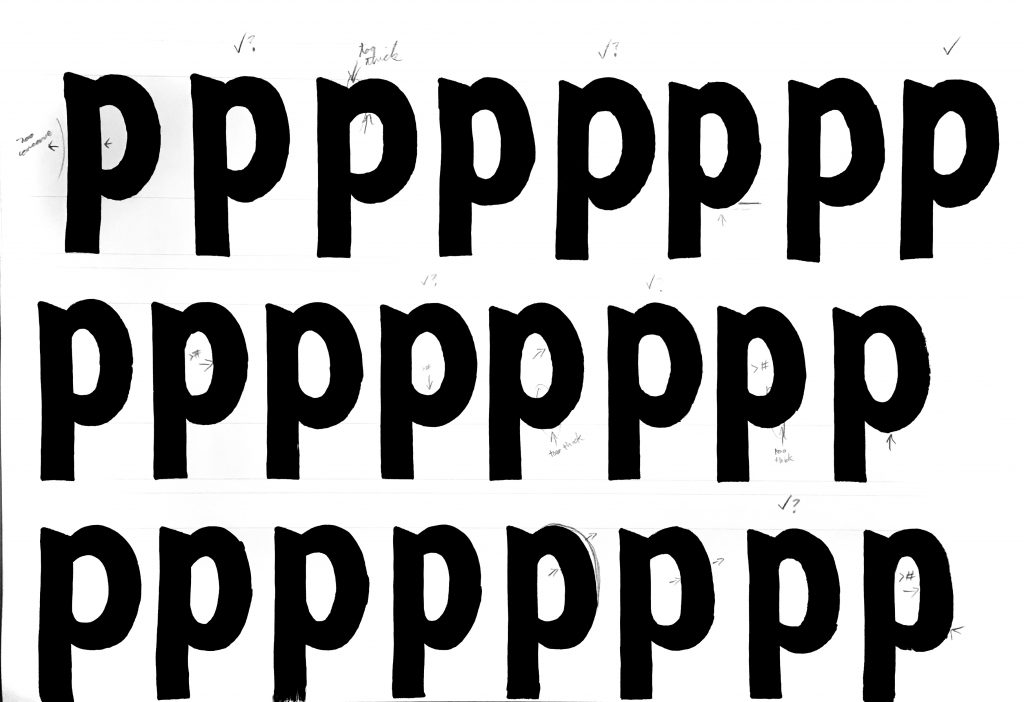 For the “p” and “q” I tilted the top of the stem toward the arc, so as to eliminate a heavy black area at the joint. 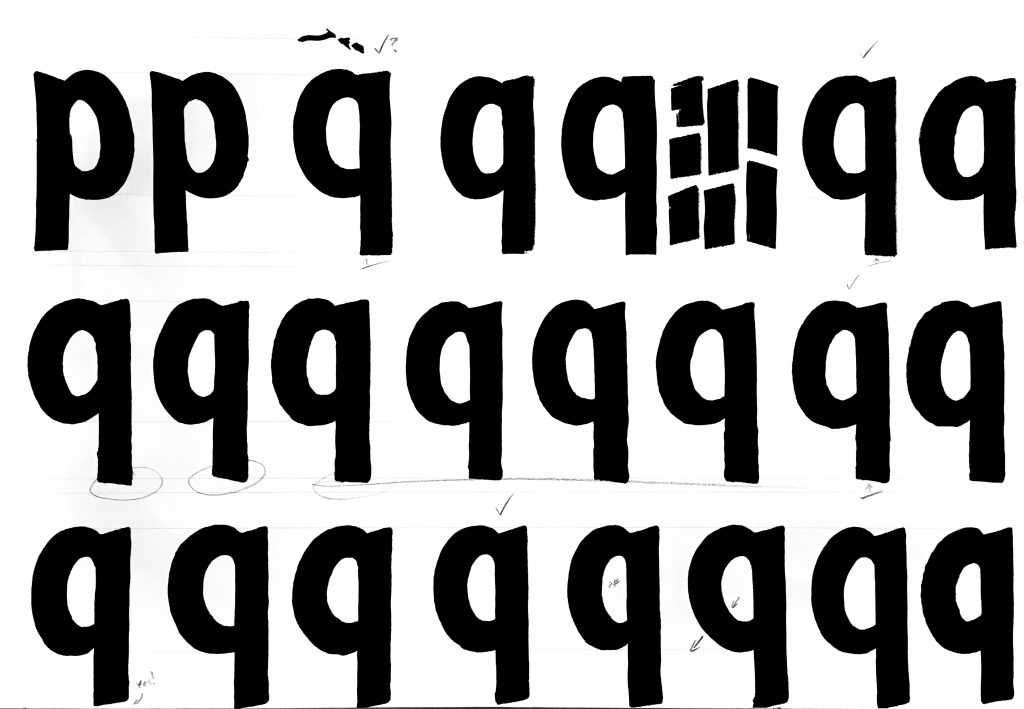 On the “q” I ended up terminating the descender with the same angle as the top. I did this for some visual interest, but also to differentiate it from the “p” a bit more. (That, and it was much easier to draw that way.)

So while this might end up being more work than I anticipated, I’m going to keep going in the order that let’s me refer for guidance to the characters I’ve already done. Up next will be “c”, “e” and “a”.