Last week I worked on more of the lowercase alphabet: “l, h, b, d, p” and “q”. I also realized what a process a hand-done font really is. But the project continues! This week, I zigged right tackling “c” and “e” and zagged left to work on “a”.

More round letters (c and e)

One of the first letters I did was the lowercase “o”. Aside from giving a sense of color and proportion, “o” is a good springboard to a number of letterforms. The closest relatives to “o” are “c” and “e”. 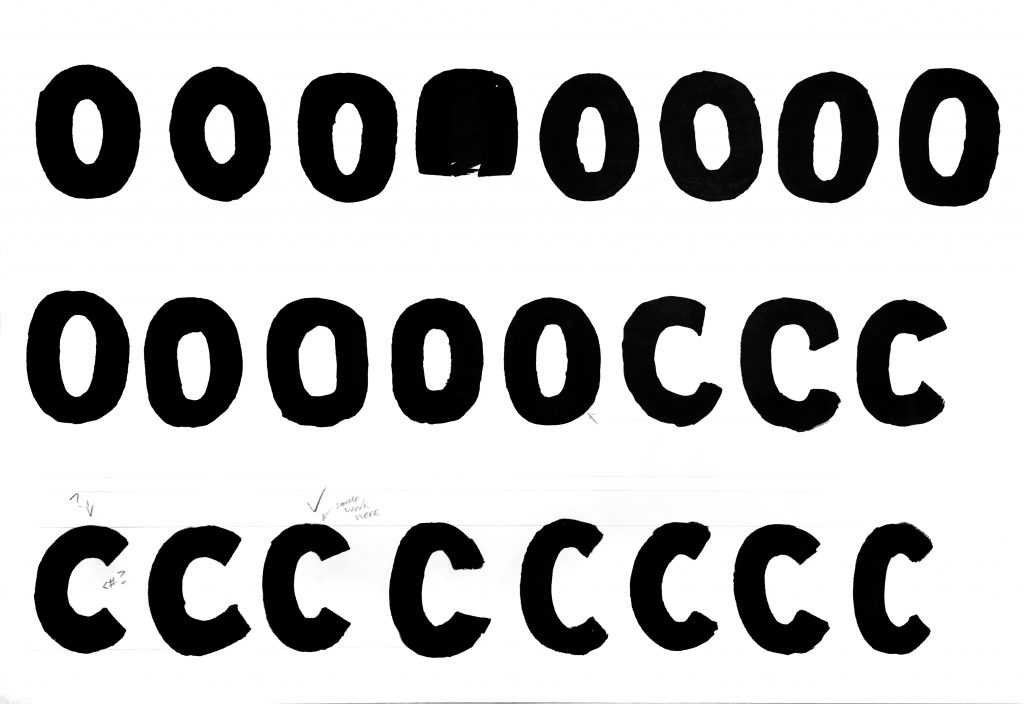 The “c” looks like it should just be the “o” with a chunk taken out. Of course, nothing in life is ever as simple as it seems, and this is no exception. Where the “o” would normally begin to widen again, the “c” does not. It tapers. It has terminals (or a lack of terminals, depending). 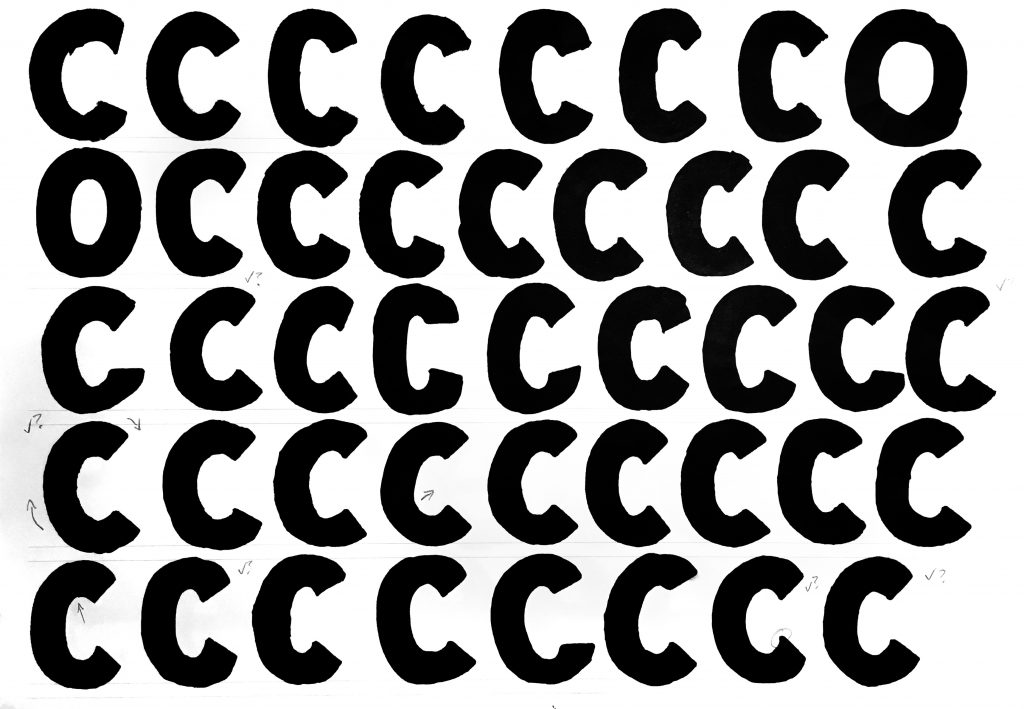 Since the width of the downstroke (the widest part of the letter) is determined by the width of my Sharpie® marker, I can’t go thinner without some maneuvering. It’s a pain. It takes some figuring out, and some practice. 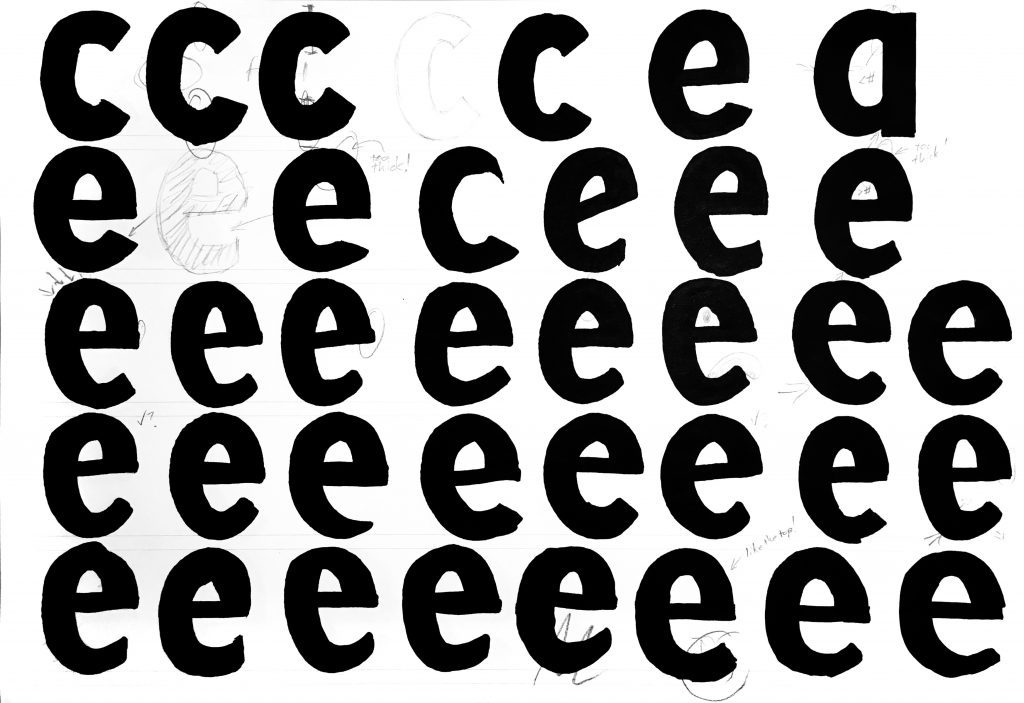 The “e” is similar to “c” but worse because of the crossbar. It needs to have similar typographic color to the rest of the letters, so the counters need to be opened up a bit. One way to open the counters would be to make the glyph wider, but then it wouldn’t be condensed. 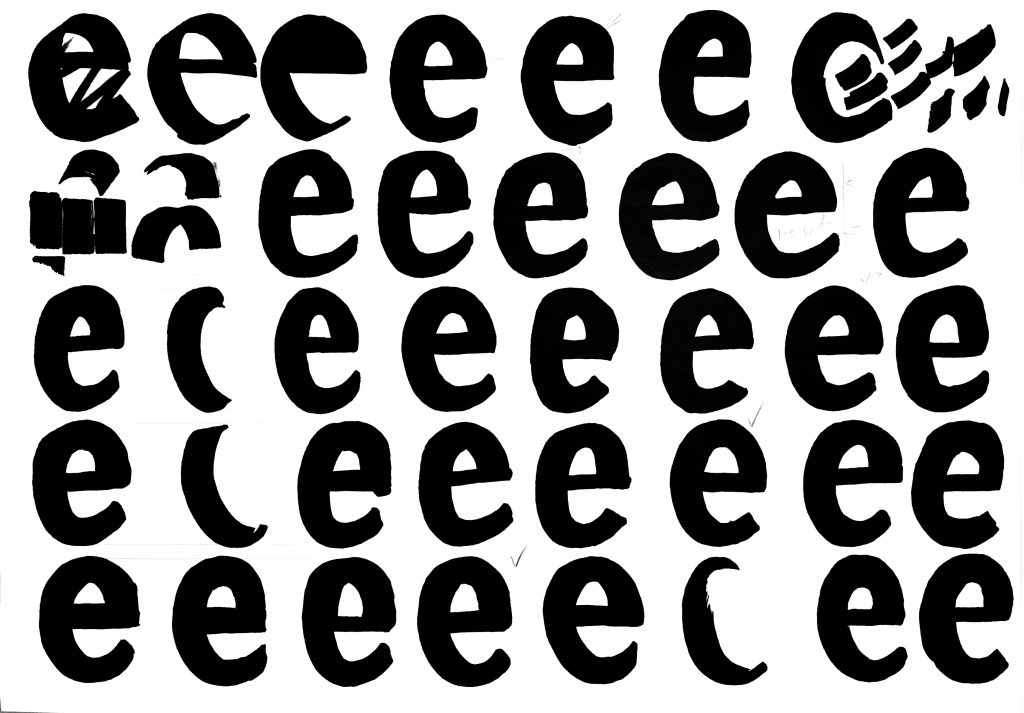 The other way I can open the counters on the “e” is by moving the terminal down a bit, opening up the apeture of the lower half of the glyph. This also takes some working of the marker to figure out how to do in a visually satisfying manner. And once I think I have it figured out, it still takes some practice. 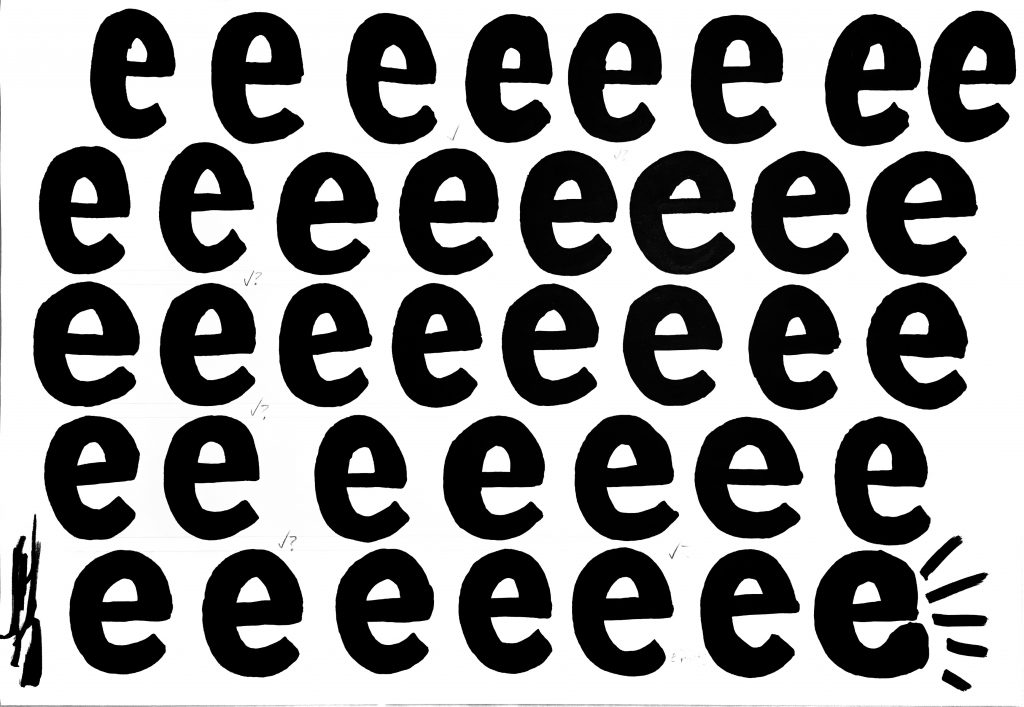 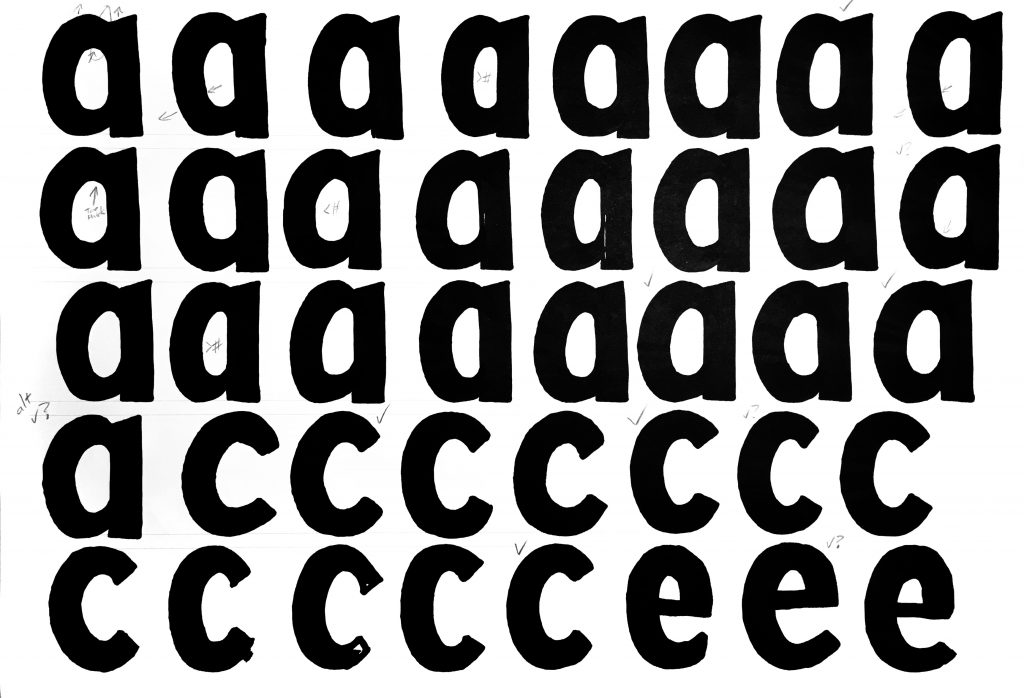 The single story “a” is also a round letter, but not in the same way as “c” or “e”. It’s more like the “d” I did last week. In fact, last week would have been a better time to do that, right when I was practicing the same motions with the related letters. 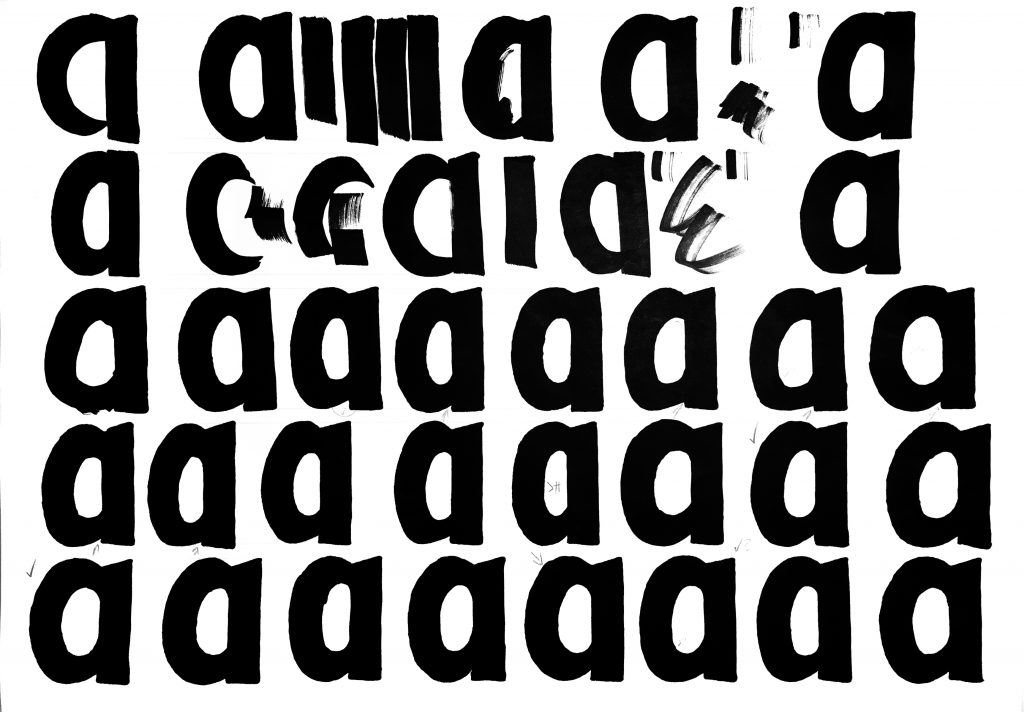 Which brings me to this week’s epiphany.

I’ve been squeezing this font project into a corner of the week, and working on it over a longer period of time. There are other things I do during the week: take care of my kids, house work, other lettering projects, church stuff, things with my HOA… all those other bits of life.

Here’s the thing. I’ve been working on this font weekly, but I need to work daily to keep muscle memory.

I need to use particular movements and “tricks” with the marker for curves, thicks and thins. It’s like calligraphy, and it takes practice. Now, this doesn’t necessarily mean I need to make letters each day (though that wouldn’t hurt), it just means I need to pracice certain strokes for a few minutes per day to keep the muscle memory of those movements.

In addition to practicing strokes, I need to keep planning what’s next. This way I can focus on particular strokes for upcoming letterforms.

Here’s the plan for the next few sets of letters:

See you next week! In the meantime, I’m going to keep practicing.